Assembly of States Parties to the Rome Statute elects a judge

The Assembly of States Parties to the Rome Statute of the International Criminal Court (“the Assembly”) opened its resumed thirteenth session at the Ministry of Foreign Affairs of the Netherlands which will last from 24 to 25 June 2015.

At its fourteenth plenary meeting the Assembly elected the following as a judge of the International Criminal Court: 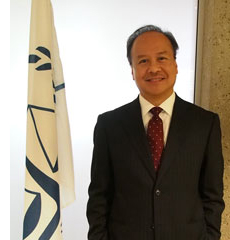 Under the terms of article 37 of the Rome Statute, Mr. Pangalangan was elected to fill a judicial vacancy; his term of office will end on 10 March 2021.

A list B judge has competence in relevant areas of international law, such as international humanitarian as well as human rights law and extensive experience in a professional legal capacity, which is of relevance to the judicial work of the Court.

Further information regarding the session may be found at the website of the Court.

For additional information please contact Ms. Estera Luteranova at +31 652 671 504 or via email at [email protected]