The Bureau recommends Mr. O-Gon Kwon (Republic of Korea) for President of the Assembly for the next triennium 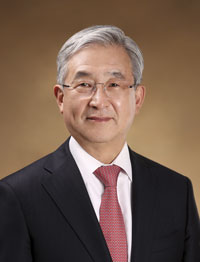 At the international level, he was a permanent judge of the International Tribunal for the former Yugoslavia from 2001 to 2016, where he also served as Vice-President of that tribunal from 2008 to 2011. He presided over the case of Radovan Karadžić and sat on the trials of Slobodan Milošević and of Popović and others. He was involved in a number of pre-trial proceedings, contempt trials and sentencing judgments. Further, he was a member of the Referral Bench, which determined whether certain cases pending before the Tribunal were suitable to be referred for trial in the national courts of a State, and also served as a member of the Independent Panel on the International Criminal Court Judicial Election of the Coalition for the International Criminal Court from 2010 to 2012.