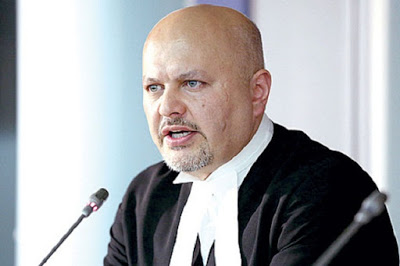 The Assembly of States Parties to the Rome Statute of the International Criminal Court ("the Assembly") held its second resumed nineteenth session on 12 February 2021 at the UN Headquarters in New York. Due to the COVID-19 pandemic, measures were implemented to diminish the risk to participants of exposure to the virus.

The Assembly of States Parties elected Mr. Karim Khan (United Kingdom of Great Britain and Northern Ireland) as its next Prosecutor. Mr. Khan will assume the post on 16 June 2021.

The Assembly also elected the two Vice-Presidents for the twentieth to the twenty-second sessions of the Assembly, H.E. Mr. Robert Keith Rae (Canada) and H.E. Ms. Kateřina Sequensová (Czech Republic).

The President of the Assembly, H.E. Mr. O-Gon Kwon, concluded his term noting in a pre-recorded statement that "it has been a great honour to serve as President for the last three years. We have faced some interesting times during that period. These included a very heavy agenda of important matters for the future of the Court and the Assembly, and – over the last year – the additional challenges of a global pandemic," and concluded by reiterating his "sincere gratitude for the support of all stakeholders in [his] time as President of the Assembly".

The new Bureau will assume office as of 13 February 2021 until the end of the Assembly of States Parties in December 2023. The incoming President of the Assembly, H.E. Ms. Silvia Fernández de Gurmendi, noted in a pre-recorded statement that "our shared values and commitments under the Rome Statute were tested as never before and we came to realize both the vulnerabilities and the strengths of the institution that we created two decades ago." She added that "the consideration and follow up of the Independent Expert Review is a top priority of this Assembly," and that she is "committed to promote this follow up and to provide all the necessary support to those in charge of this endeavour".

The twentieth session of the Assembly will be held from 6 to 11 December 2021 in The Hague.