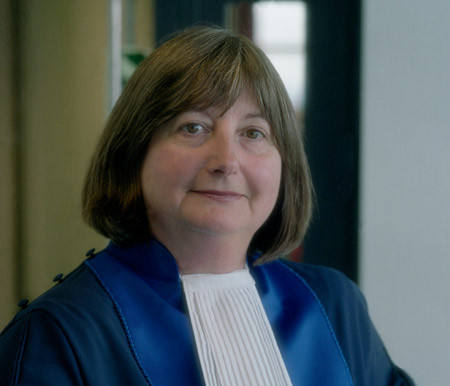 "It is a great honour to have been elected President of the International Criminal Court. I will do my utmost to live up to the trust that my fellow judges have placed in me. I look forward to working together with the two Vice-Presidents, Judge Joyce Aluoch and Judge Kuniko Ozaki, and indeed all the judges and other organs of the Court, as well the Assembly of States Parties, civil society and the international community at large, in fulfilling the ICC's important mandate for the sake of justice, peace and the rule of law", President Fernández de Gurmendi stated following the election. "I also wish to express my deep appreciation of the outstanding contributions that the previous President, Judge Sang-Hyun Song, and Vice-Presidents Sanji Mmasenono Monageng and Cuno Tarfusser made during their mandate," she added.

The Presidency oversees the activities of the Registry and provides input into a broad range of administrative policies affecting the Court's overall functioning. Furthermore it conducts judicial review of certain decisions of the Registrar and concludes Court-wide cooperation agreements with States and international organizations.