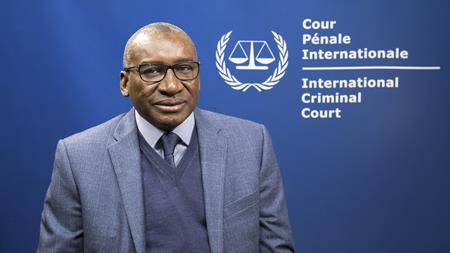 The President of the Assembly of States Parties to the Rome Statute of the International Criminal Court (ICC) H.E. Sidiki Kaba welcomes the decision of the newly-elected Government of the Gambia not to withdraw from the Rome Statute, the founding treaty of the ICC.

"This important decision signals the renewed commitment of the new authorities of The Gambia to the ICC, and to the shared values of all States Parties, of prosecuting the most serious crimes that shock the conscience of humanity," said President Kaba.

President Kaba invited all States Parties to continue their support of the Rome Statute system and to encourage other States to ratify the treaty in order to achieve universality as soon as possible.

"I am convinced that the continued support of the international community and the cooperation of States remain necessary to ensure the effectiveness of the ICC," the President stated.

On 10 November 2016 the Islamic Republic of the Gambia notified its decision to withdraw from the Rome Statute of the International Criminal Court to the Secretary-General of the United Nations, as depositary of the Treaty. Following the election of a new President, on 10 February 2017, the Permanent Mission of the Islamic Republic of the Gambia to the United Nations notified the annulment of its former decision with immediate effect.

For further information on the Assembly of States Parties, please email to [email protected]