ICC - The President of the Assembly visits Uganda, the Democratic Republic of the Congo and Addis Ababa 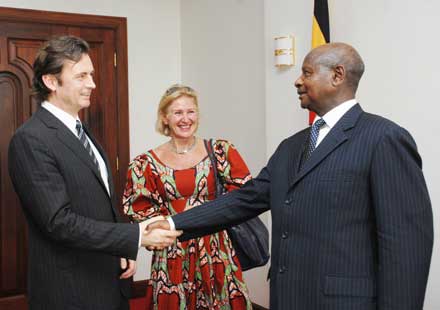 The President of the Assembly of States Parties to the Rome Statute of the International Criminal Court, H.E. Mr. Christian Wenaweser (Liechtenstein), visited Uganda from 24 to 27 January 2010 in order to discuss the preparations for the Review Conference, scheduled to take place from 31 May to 11 June in Kampala.

During his visit, President Wenaweser met H.E. Mr. Yoweri Kaguta Museveni, the President of Uganda, as well as H.E. Mr. Frederick Ruhindi, Deputy Attorney-General/Minister, and the H.E. H. Okello Oryem, the Minister of State for Foreign Affairs, as well as other senior officials of the Ministry of Justice and Constitutional Affairs and the Ministry of Foreign Affairs. President Wenaweser also held a briefing with the diplomatic community, delivered a lecture to the Uganda Law Society and met with staff of the ICC field office in Kampala.

In addition, the President 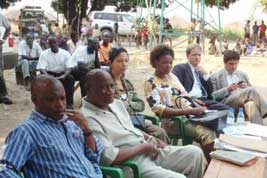 took part in a programme, organized by the NGO No Peace Without Justice and Human Rights Network of Uganda (HURINET-U), intended to give delegates who will attend the Review Conference an opportunity to meet with victims in Northern Uganda and to assess the impact that the Court has had in that region. In addition to meeting with local officials, he also met landmine survivors at the Gulu Regional Referral Hospital and Disability Rehabilitation Center, as well as victims, traditional, religious and civil society leaders at Acholi Inn, followed by a meeting with victims and the local community in Pabo sub-county.

On 27 January President Wenaweser travelled to Bunia, in the Democratic Republic of the Congo, where he held meetings with NGOs, local religious leaders and students. He also visited the ICC field office as well as a project which ensures the safe reintegration of girls who were abducted or otherwise associated with a fighting force. 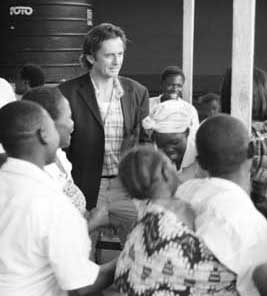 President Wenaweser then continued his Africa trip in Addis Ababa, Ethiopia, from 28 to 30 January, where he met with, inter alia, the Executive Secretary of the United Nations Economic Commission for Africa, Mr. Abdoulie Janneh, and the Legal Counsel of the Secretariat of the African Union, Mr. Ben Kioko, to discuss the forthcoming establishment of the ICC liaison office in Addis Ababa and Review Conference issues. The President also met with delegates attending the African Union Summit, Ambassadors posted in Ethiopia and with senior United Nations officials.