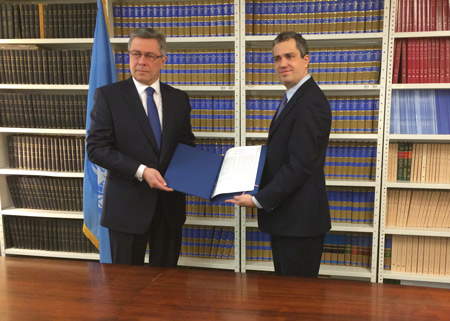 “The deposit of instruments of ratification by Croatia brings the number of ratifications of the crime of aggression to thirteen. I hope that other States Parties will follow suit in order to achieve soon the universal ratification of the Kampala Amendments,” stated President Intelmann.

Croatia is the third Eastern European country to ratify the Kampala Amendments. Croatia ratified the Rome Statute on 21 May 2001, becoming the 32nd State Party, and also ratified the Agreement of Privileges and Immunities of the Court on 17 December 2004. Croatia has also completed the process of domestic implementation of the Rome Statute through the incorporation of the crimes and general principles contained in the Rome Statute, including the definition of the crime of aggression as provided for in the Kampala Amendments, and of the necessary provisions to ensure effective cooperation with the International Criminal Court.